measurements performed on SANS and PGAA

Neutrons are significant probes for materials across a wide range of disciplines - e. g., from mechanical engineering to biology, from physics to archeology -, revealing essential properties. Such success is mainly due to the neutrons' ability to penetratethe bulk of a sample in contrast to usually surface-sensitive X-ray techniques. Industrial applications of neutron techniques in BNC have been pioneered in cooperation with Rogante Engineering Office in various industrial sectors (e.g., Automotive, Aerospace, Mechanics, Nuclear, Oil & Gas, Polymers and Coatings). Neutron techniques helped with failure analysis, validating models and evaluating changes to the process route. These techniques can be exploited to test a wide range of materials and components, concerning e.g. residual stresses (RS) determination by neutron diffraction (ND), microstructural characterization by SANS (information on precipitates, micro defects, such as voids, heterogeneities, etc.), neutron radiography, prompt gamma and neutron activation analysis. Industry can benefit, in this way, from the unique knowledge that can only be obtained by neutron beam measurements. The following applications, carried out by Rogante Engineering Office at BNC, demonstrates the relevance of neutron studies in industry.

A wheel of the axial compressor of a heavy duty gas turbine made of NiCrMoV steel was analysed by ND for residual stress and by SANS for nanostructure determination at specific positions, to relate the variation of the microstructure (the precipitate distribution) with the residual stress revealed by ND. Two Inconel 738 turbine buckets, one in as-cast state and the other after 25000 hours of operation, were investigated by ND. PGAA analysis was performed to determine the major components and identify some trace elements at various positions. The SANS-data allowed to determine the key parameters of the precipitates (such as size, concentration, volume fraction and interface area), responsible for the ageing process. Results were inserted in the Scientific Highlight Section of the NMI3 web site. 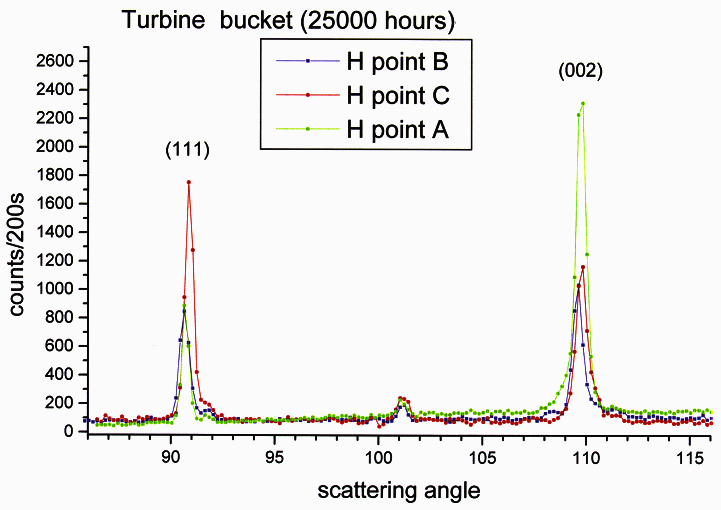 The obtained spectra showed that during the operation the crystallinity is growing: near the Ni peaks the satellites indicated phase decompositions, this effect depending on temperature and RS. These satellites appeared much lower in the new bucket. This study allowed monitoring the buckets ageing. 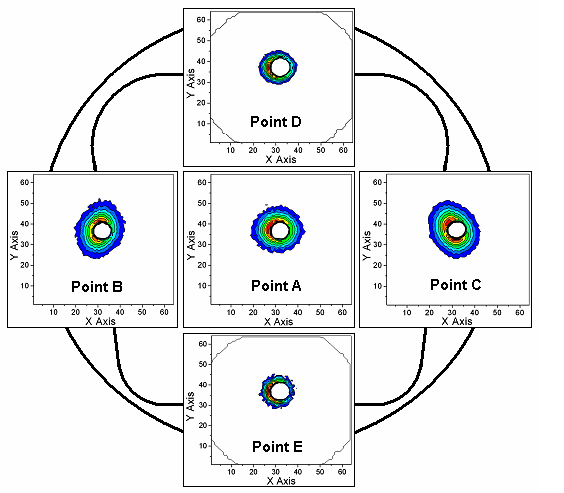 Two Al 4032 car engine pistons, one in as-cast state and the other after operation, were studied by SANS, in order to evaluate the microstructural evolution of precipitates.

Both piston crowns were investigated in five different points. On the central points of the new crown an isotropic scattering was observed, while on the lateral parts of the same crown anisotropy appeared, representing the presence of texture induced by manufacturing. In the precipitates ensemble, the growth of particles demonstrated different rates, indicating the formation of diverse phases. The fractions of particles with radii RG ~4; 20; 40 nm showed the same activity, while the particles having the radius RG ~10nm, were growing twice faster. Such inclusions, having the volume content ~0.01 %, are related to strength and other properties by the degradation of material under thermal and mechanical loading. The differential intensity demonstrates mainly the contribution of the defects ~100 Å. The nano-sized characteristics of polymer micro-electromechanical systems airflow metrology turbines were investigated by SANS. The existence of nano-sized objects inside the resin matrix was proved, while providing proof of the non-existence of cracks. 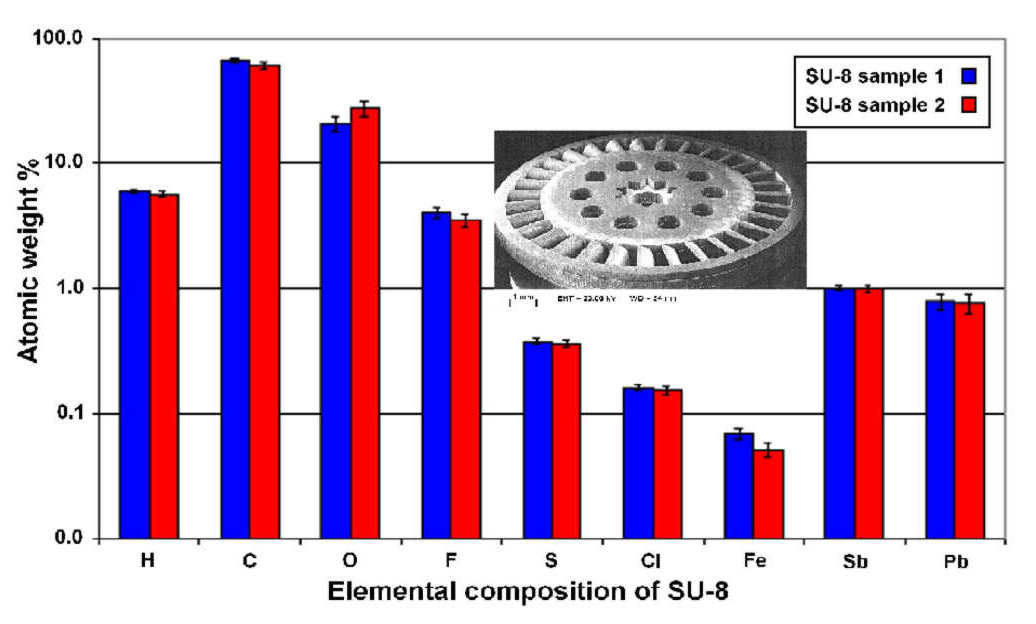 Introduction- The safe life testing of the rotary wing aircraft, especially those of the rotor blades, is of utmost im­portance. The declaration of a structural failure that can grow to the point where structural integrity is affected com­prises a central core in the testing. In this process the composition inspection, monitoring the rate growth of the defect in relation to the total flight hours are essential. Demands above underline the necessity in testing and applying new nondestructive testing (NDT) methods for inspection in service. As a consequence, for the composite structure investi­gation of the rotor blades, three NDT methods: (i) Dynamic Neutron Radiography (DNR), (ii) Dynamic X-ray Radiog­raphy (DXR), and (iii) Vibrational Diagnostics (VD) with Statistical Energy Analysis (SEA) were applied

The used three NDT methods gave complementary informa­tion on the investigated object. The DNR is capable of investigat­ing the irregularities in the fiber-glass/epoxy honeycomb structures. The details of metal parts and contactor of the heating elements are shown by DXR. The Statistical Energy Analysis (SEA) and other Vibration Diagnostic (VD) methods are suitable for identifying small changes of structural damping. The ut supra mentioned measure­ments can be performed at the Dynamic Radiography Station (DRS) of the Budapest reactor where the necessary development, regarding the extension of the dimensions of the investigated object, has been carried out. As a result the station is capable of inspecting 10 m long and 0.7 m wide targets by neutron and X-ray radiography and by VD. The main goal of the described study was to demonstrate the applica­bility of the DRS technique in revealing the defects of the composite structures of helicopter rotor blades for the Hungarian Air Force (Fig. 1). 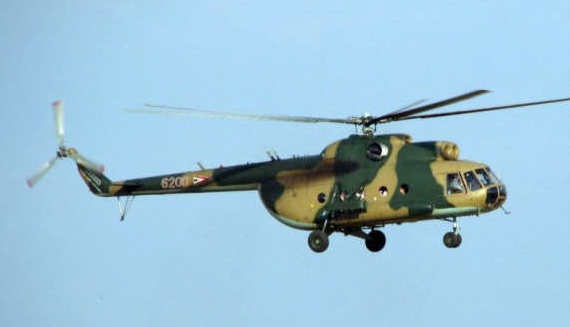 Fig. 1. One of the investigated objects

Experimental facility - The overview of the experimental setup is shown in Figure 2. As it can be observed in the Figure 1, the complete rotor blade can be placed and moved in the neutron and X-ray beam. Simultaneously with the radiography visualization, on the other blade the vibration sensors were placed at given points of the blades and the damping characteristics were investigated. 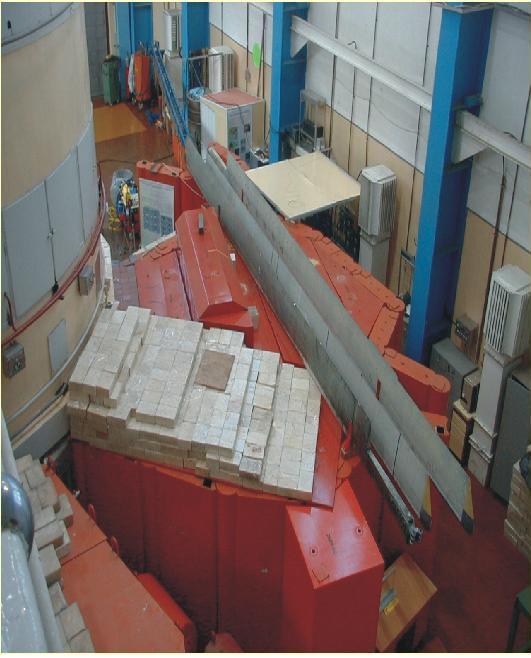 Fig 2. Experimental setup of the Dynamic Radiography  Station at the BNC

The main parameters of the DRS are as follows: 108 n·cm-2·sec-1, the collimation ratio (L/D): 170, the diameter of the beam: 180 mm. The X-ray generator was adjusted to 150 kV and 3 mA. The information carrying radiography images were converted into light ones by NE426 scintillator screen for neutron radiography and NaCs single crystal was used for X-ray Radiography. The obtained light images were detected by 10-4 lux low light level TV camera (ITV 1122 type) and registered by S-VHS videocassette recorder. For digitalization and image processing QUANTEL SAPPHYRE V.0.5 and IMAN 2 β version software was applied. The registered vibration noises were analyzed with a dual-channel real time frequency analyzer (BK2035). In addition to the Sta­tistical Energy Analysis measurement a small exciter table (BK4810) and an impedance head (BK 8000) were used.

Neutron- and X-ray radiography measurement - The NR is capable of detecting and visualizing irregularity and de­fects in composite constructions. One of the main advantages of the NR consti­tutes that it is especially sensitive in revealing the hydrogen- (water) content and its distribution in the investigated object. To this end a spe­cial investigation process was designed and carried out at DRS. In the first step the all surface of the blade was scanned with DNR in dry condi­tions. In the second step having the rotor blade being moistened, the scanning operation was repeated to follow the penetration sites and dis­tribution of water in the composite structures. 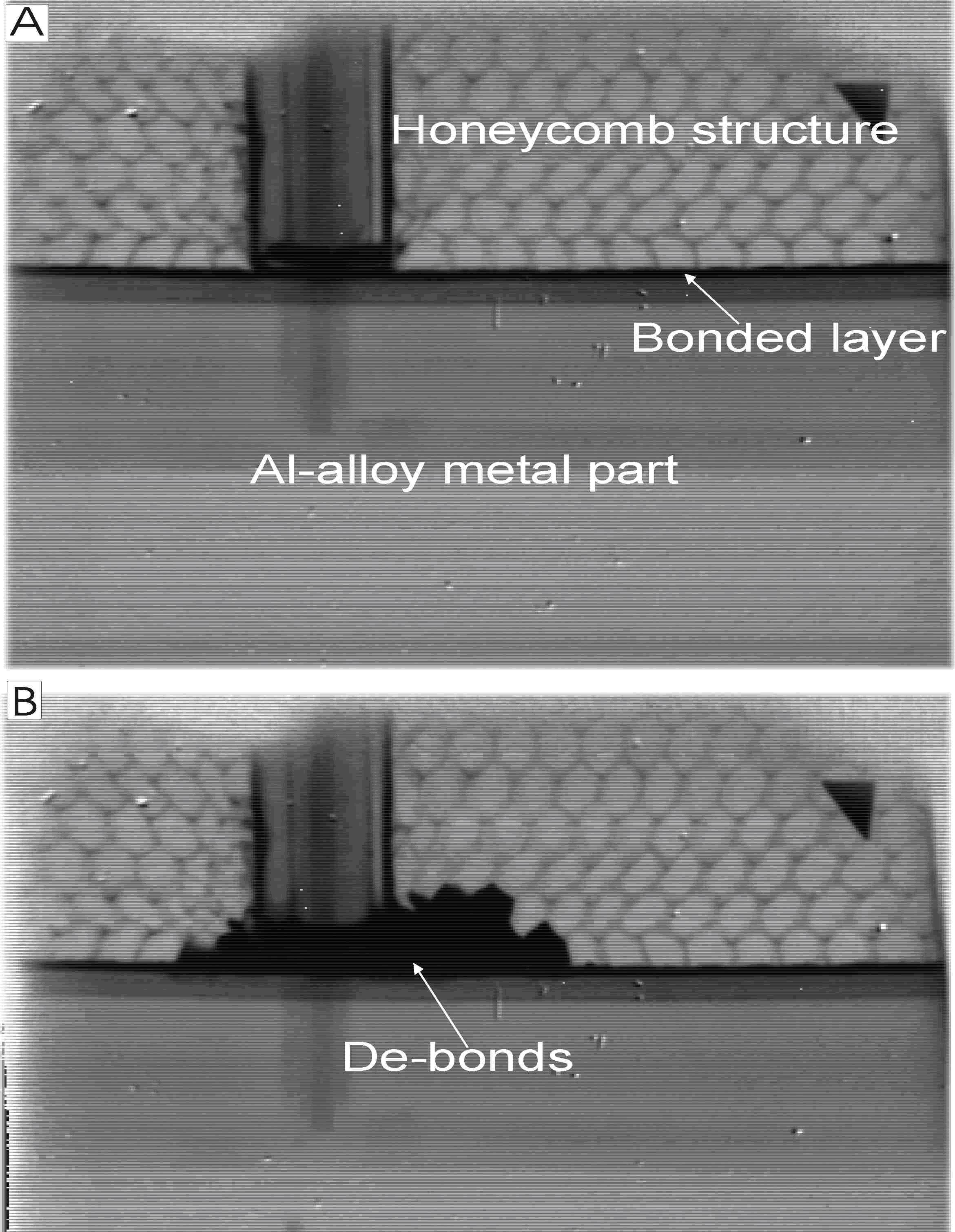 Fig. 3. The bonds and de-bonds as detected by NR

The most important bond is the one that sticks together the aluminum alloy metal main holder and the honey­comb structure. Figure 3/a show this part. The bonded area is seen as a horizontal black line under dry condition. In the Fig. 3/b the efficacy of moistening in unveiling the damage of the gum sealing at the border of the sections by centrifugal force was explicitly demonstrated. 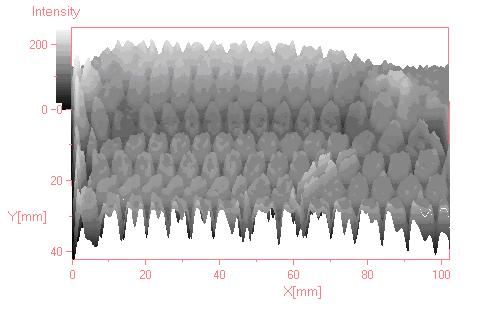 Fig. 4. 3D intensity histogram of an NR image displaying the a delamination

The other failure makes up the delamination within piles of a laminate as displayed in Fig. 4., which is a 3D histogram representation of the honey­comb structure revealed by NR. The Figure 5 shows Sobel-enhanced edges of the delamination. A such  disclosed were ('A'), porosity ('B'), and damage of the gum sealing ('C'). 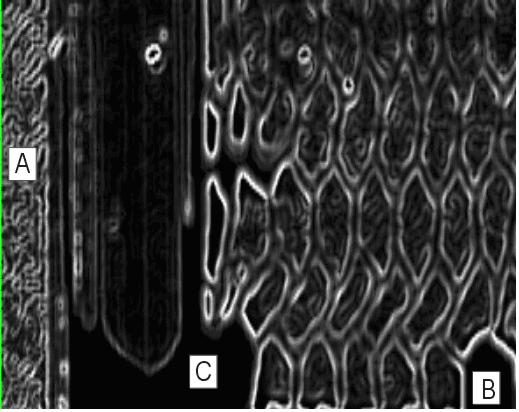 Honeycomb misalignment is distortion of the piles resulting in changes from the de­sired orientation. These defects are due to improper lay-up and cure. Porosity ('B') is pockets within the bonding material. They are begot by entrapped air and gas bubbles, and caused by volatile substances, im­proper flow of resin and unequal pressure distribu­tion. De-bonds ('C') were discussed above. 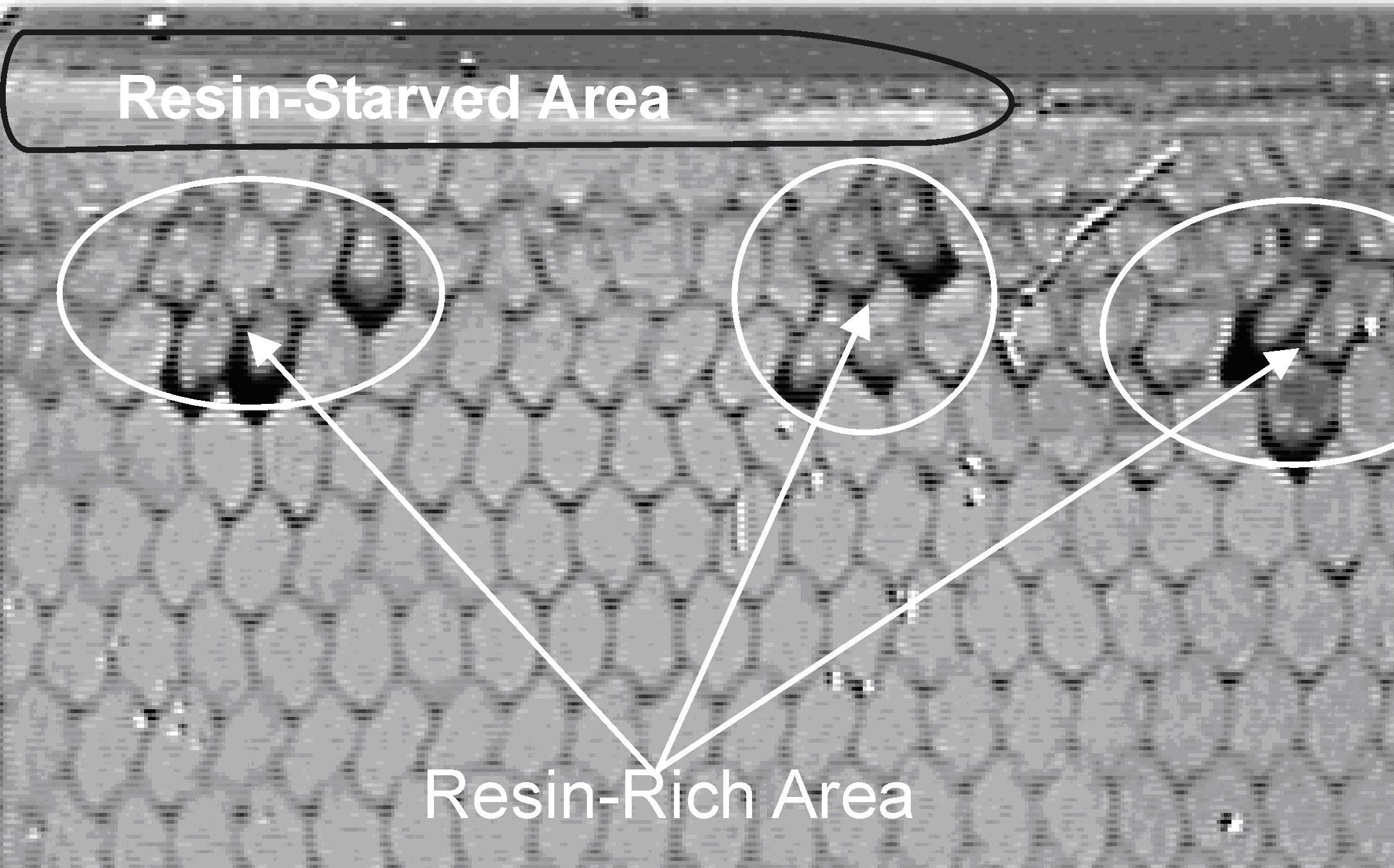 X-ray Radiography is a complementary and useful tool in de­tecting the structural integrity of metal parts of the blades. 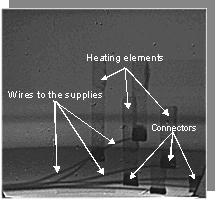 Fig. 7.  Metal parts of the rotor blade visualized by XDR.

Figure 7 shows the heating element arrangements that serve as anti-ice heating in freez­ing conditions and their contacts to the supply cable.

Vibration Diagnostic The applied Statistical Energy Analysis and other Vibration Diagnostic is applicable for revealing small changes in struc­tural damping that is related with architec­tural changes in the blades during flight hours. The structural identification is based on estimated dissipative properties by making use of statistical vari­ables. The general SEA model calculates the flow and storage of vibration energies in the whole system, with the structures being identified as a series of energy storage and dissipation subsystems. 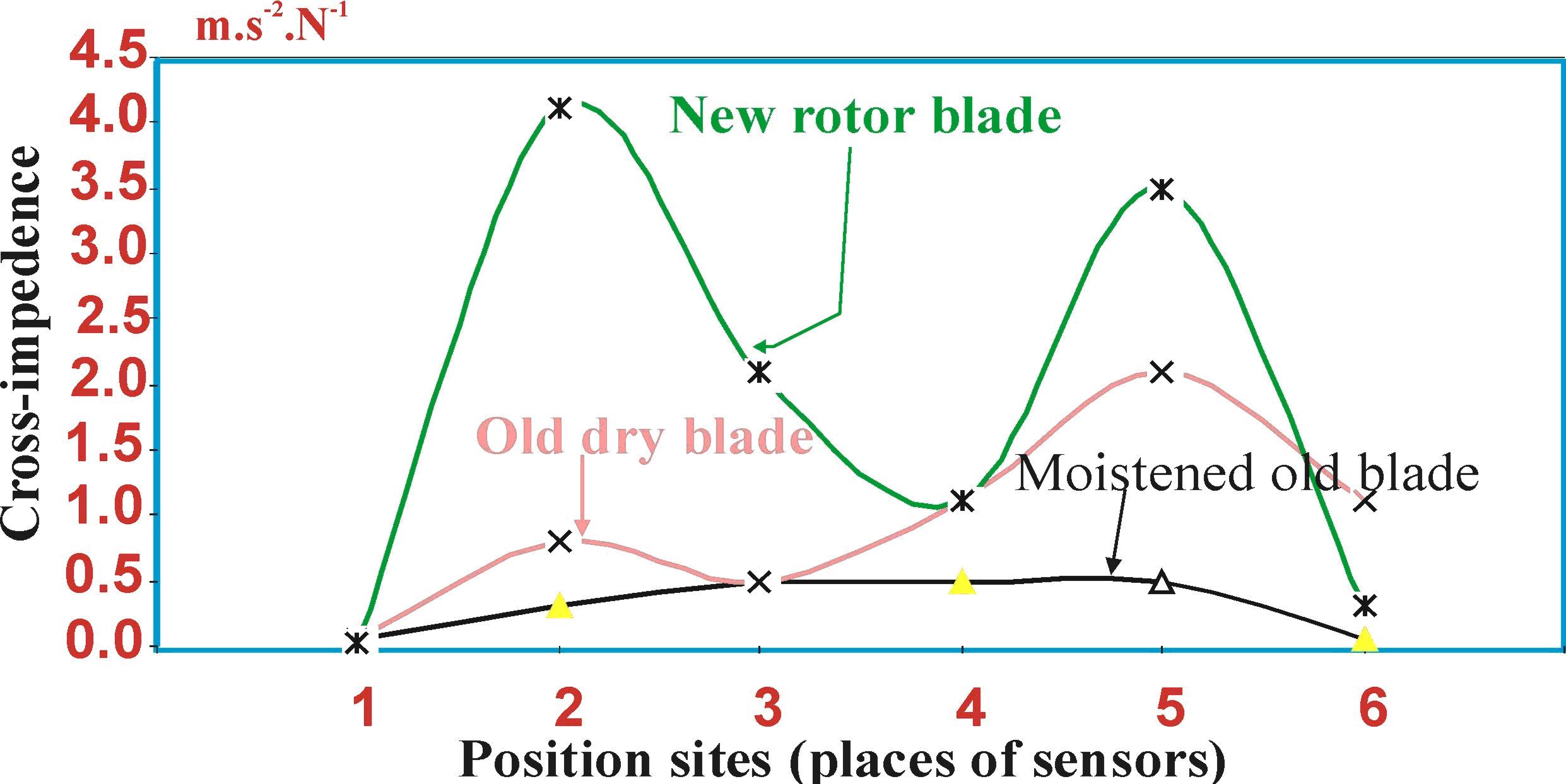 Fig. 8. The stored vibration energy of an old an a new rotor blades at a frequency band of 2.5-3 kHz

The Figure 8. demonstrates distinct differences in the vibration energy collector capacity between new and old rotor blades in dry and moistened conditions. At a frequency band of 2.5-3 kHz exciting energy, the energy storage for the either the new or the old one displayed two peaks. The damping capacity for the new one was considerably lower than that for the old one. While the moistened blade exhibits no peak vs. the sensors positions. Another important observation from the SEA model that with in­creasing the frequency of exciting energy the energy storage capacity of the new blade' s the first position, i. e. the blade end, was considerably, about 2 order, higher. It underlines the significantly less damping property of that section of the new rotor blade. These evidences clearly prove that applying the two subsys­tems SEA models into the blade adequately indicates the differences in the conditions of the blades. According to the SEA measurement no damage to the blade was caused either by neutron or X-ray ra­diation during the test.

The combined application of dynamic neutron and X-ray radiogra­phy and the vibration diagnostics proved to be appli­cable in the visualizing and detecting changes in the inner details of multilayer-honeycomb structure of the helicopter rotor blades.