The Central European Training School has its origins in 1992. It was organized first bi-annually, later annually by the Budapest Neutron Center (BNC) of the Hungarian Academy of Sciences. This year’s event was the 13th in this series. The objective of these schools has been to provide actual hands-on practices – beside a short theoretical introduction to neutron scattering and to the various neutron based methods for studying structure and composition of matter. The participants expressed lively interest both during the theoretical presentations and the hands-on practices.

Due to space restriction at the experimental stations, twenty-eight of the registered fifty candidate BSC and MSC and doctoral students, post docs, young researchers had to be selected from 13 countries (Albania, Argentina, South Korea, Egypt, France, Georgia, China, Hungary, Italy, Russia, Romania, Serbia and Turkey). Selection was made on the participants’ motivation, home project and recommendations.

15 hours theoretical lectures were held by leading researchers from ESS, Lund, Sweden, JINR, Dubna, Russia, Helmholtz Zentrum Berlin, Germany and the University of Vienna, Austria as well as BNC, Budapest Hungary. In groups of five, the participants carried out hands-on practices of a total of 15 (5 x 3) hours per group at the experimental stations, tutored by BNC experts. This year the participants were offered to choose from eight experimental stations representing six different methods, such as low-angle neutron scattering, neutron diffraction, neutron reflection, neutron activation analysis, prompt-gamma activation analysis and neutron radiography. On the opening day of the school, the participants displayed posters and gave a short presentation of their home project. On the closing day of the school the attendees received their well-deserved diplomas. 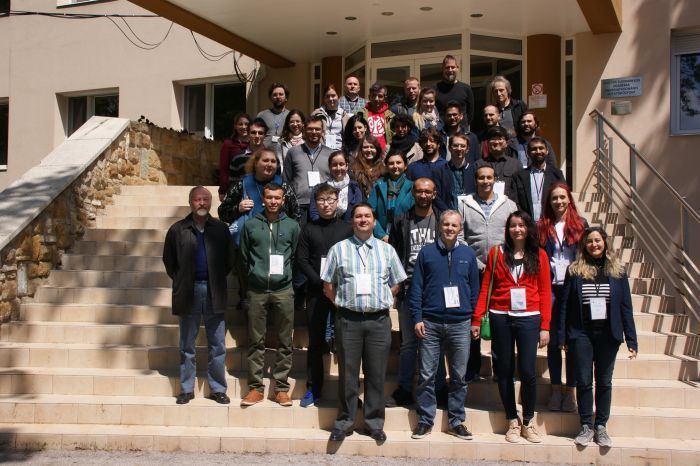