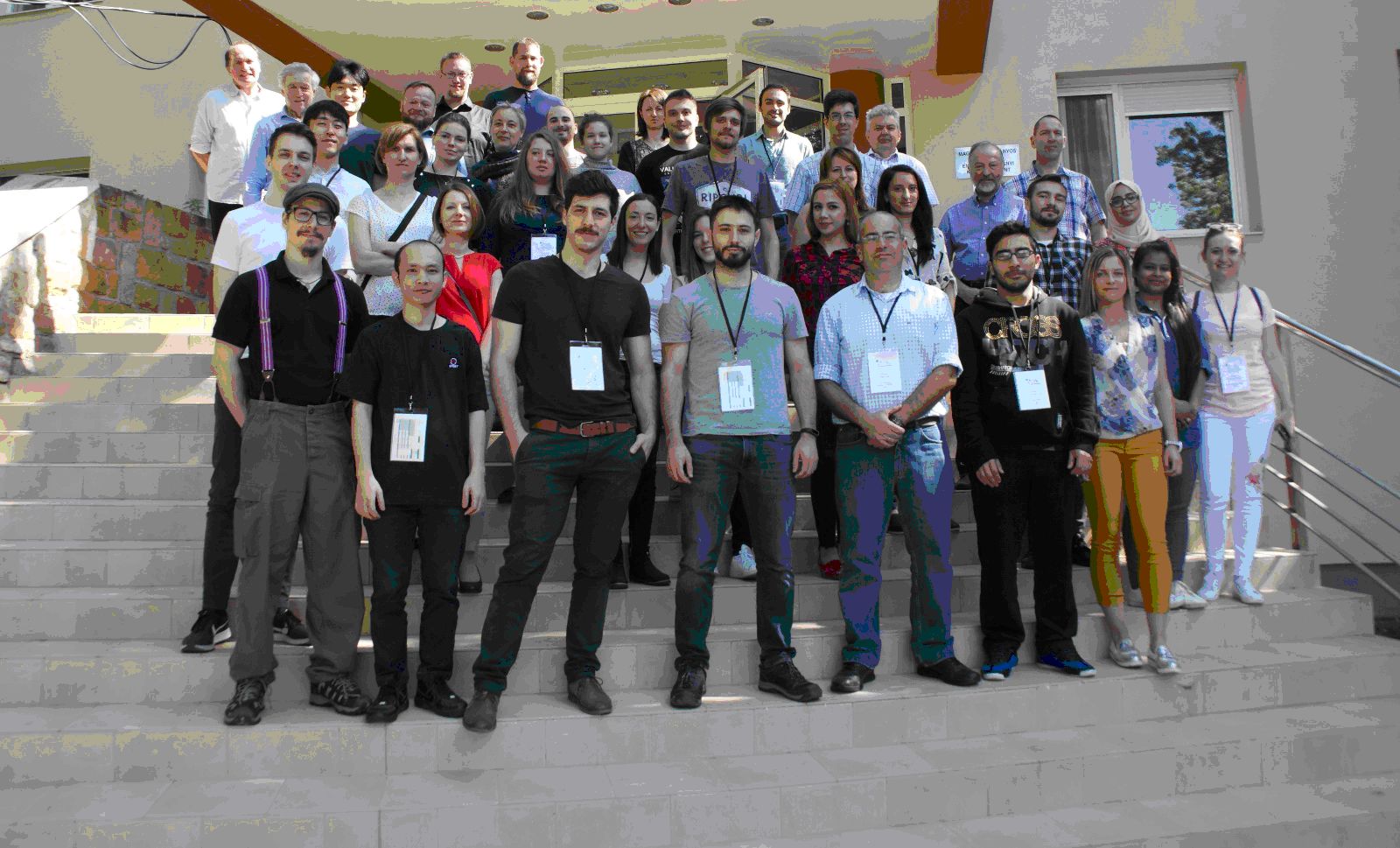 During the week 6-11 May, 2018 the Budapest Neutron Centre (BNC) hosted the 12th Central European Training School (CETS-12) on neutron techniques. The objective of the school was to provide insight into different neutron techniques: neutron scattering, imaging and elemental analysis, both at the level of tutorials as well as hands-on training.

This year 27 PhD students, postdocs, graduate students and young researchers attended the school. Participants arrived from 17 different European and non-European countries, with participants from Argentina to Korea and Tunisia to Israel CETS-12 has taken a real global outreach. The organisers received nearly 50 applications this year, but the number of students had to be restricted due to the restrictions of space at the instruments. On the other hand, this was in favour of high level of the training, students were particularly enthusiastic and motivated during the theoretical lectures, and, especially, during the hands-on-training sessions on the instruments.

A total of 10 hours introductory lectures were given by renown experts from European neutron centres, such as ILL Grenoble, JINR Dubna, ESS Lund, University of Vienna as well as BNC.

Total 15 hours (5 times 3) of practical work was offered to groups of the participant: groups of five were formed who then circulated among the six techniques using eight instruments. The practical work was conducted by the local instrument scientists. The following techniques were available: wide angle and small angle diffraction, reflectometry, prompt gamma and neutron activation analysis and neutron imaging.On the opening day the participants had the opportunity to present their home project as posters complemented by a flash oral presentation. On the last day they received their certificates as well as special awards given to the most active participants.
[Click to open picture gallery]